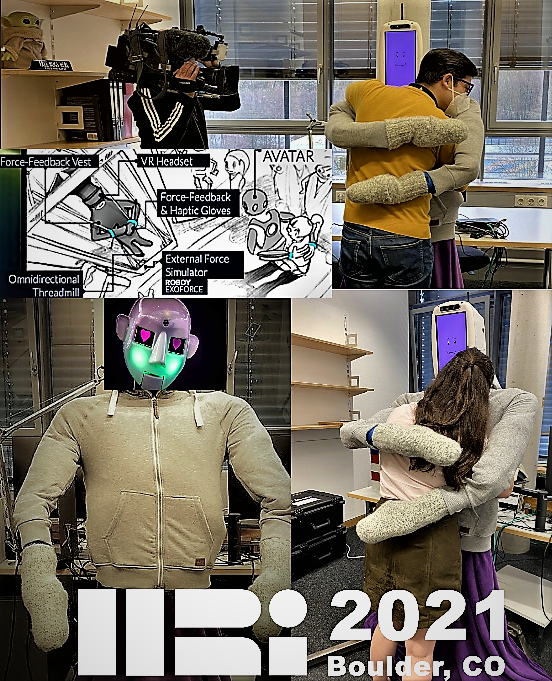 "Being squeezed by a hugging robot is surprisingly enjoyable!"​ ~ A. E. Block,  HugBot Developer 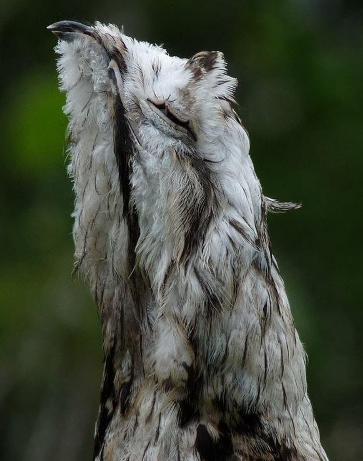 "The efficacy of emf stimulation goes… Unifying an immersive approach to well-being reconnecting us with our innate capacities to heal through music, technology & psycho-cyber-delic science.… 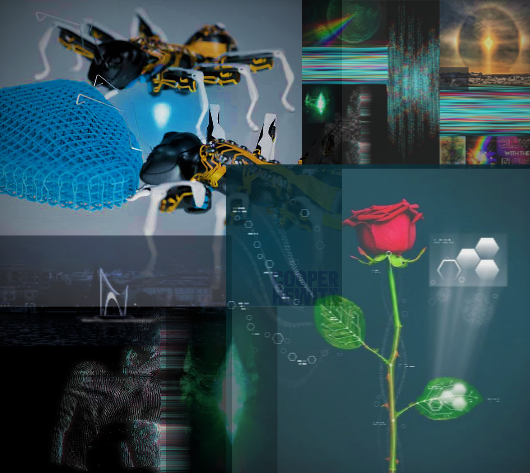 “Exposure to electromagnetic fields (EMFs) for relatively short periods reduces blood sugar and normalizes the body’s response to insulin. The effects are long-lasting, opening the possibility of an EMF therapy applied during sleep to manage diabetes all day.”… 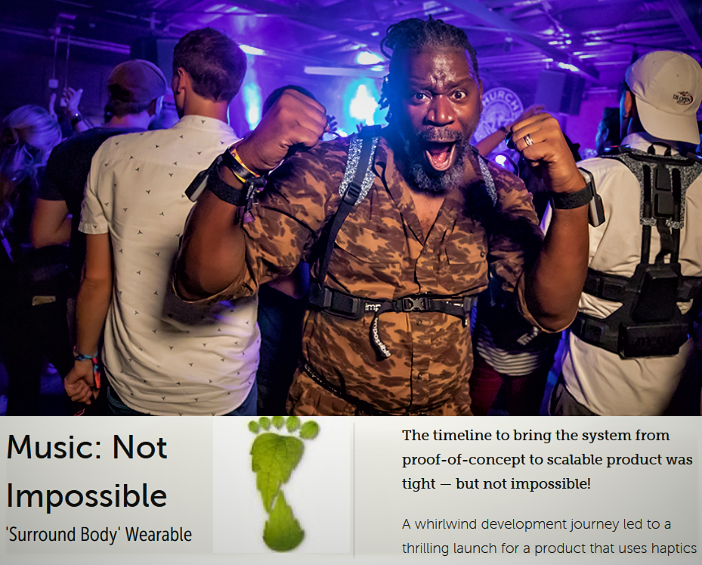 Music: Not Impossible:  a wearable vibro-tactile vest that enables deaf and… 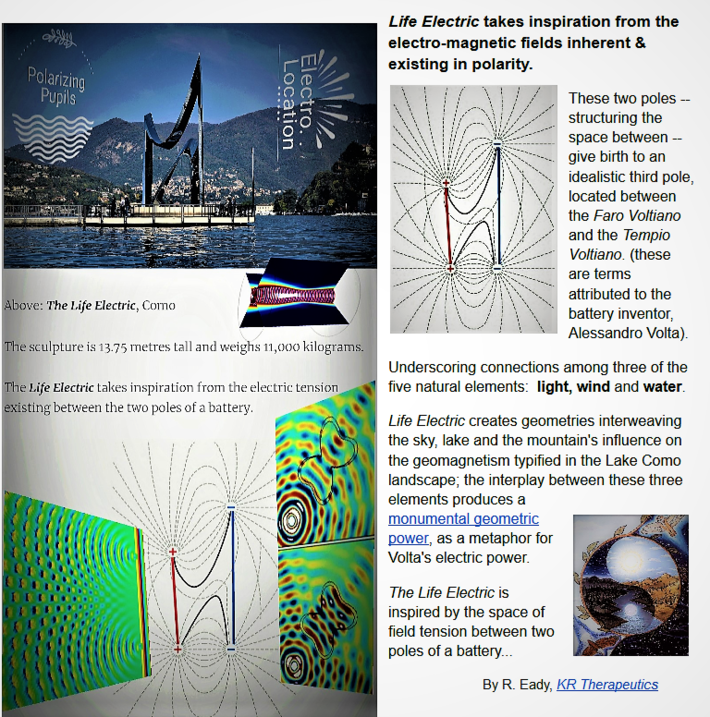 Between curves & motion: the installation's shape has its cornerstone in…
Continue

Human sensitivity to electrical stimulation by contact currents, as well as by…
Continue 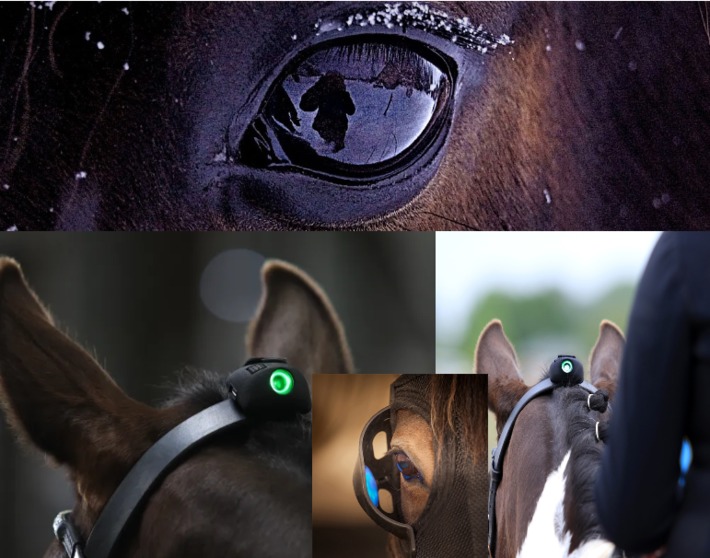 The Glow of a Spatial Array olarotactic people appear more attracted to linearly polarized light (sunsets on the sea, or on light reflected from a shiny car (especially black or red cars: they happen to reflect light similarly to how water does)…

“There is a great need to… 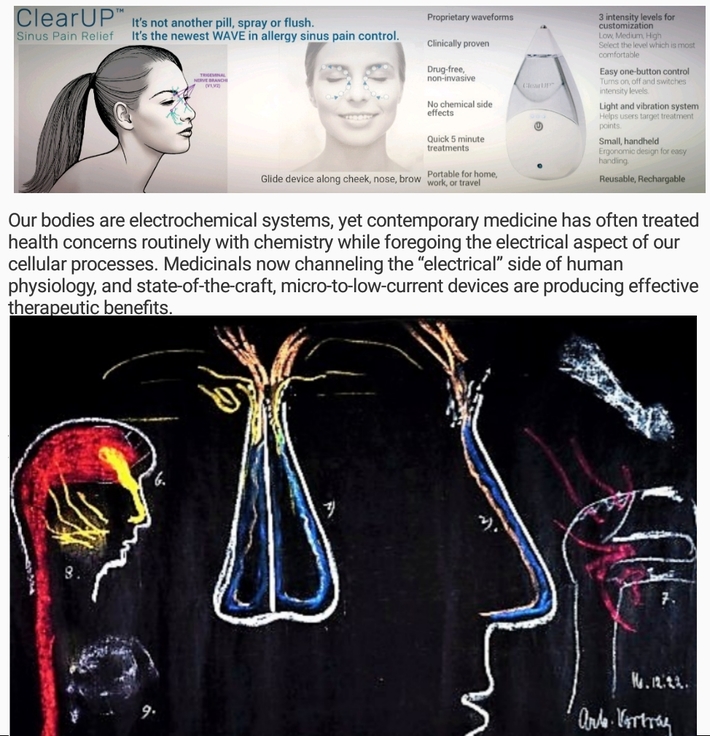 In 2019, the U.S. military spent approximately $485 million on music/Sonics (about 3x as much as the entire budget of the National Endowment for the Arts) in "cybernetically hunting the good stuff".

With special attention to the ways acoustics and music (by and for service members) has enhanced multiple functions for the military, the varied (and cybernetically delivered) technologies through which music has…

"Electrome" is a novel term for the totality of all ionic currents of any living entity, from the cellular to the holistic organism-level.  Cellular…

Sound Conversion into Nuanced Vibrations can be a Lifechanger!

NeuroAcoustic Awakening: Transversing Touch to Sense Your Inner Being

​Can we heighten our capacity to spontaneously synchronize?  How does the notion of being in syncopated rhythmic unison​ actually​ influence our consciousness?…

In the midst of a key film festival on the annual circuit:  there arrives a dedicated space to demo immersive programming's substantial advancements in technology and storytelling.
For years now, the TFF's taken the lead in showcasing virtual,  augmented & extended reality works.
This year five VR experiences made their world premieres. These worlds unfurl…
Continue