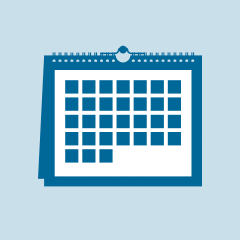 Export to Outlook or iCal (.ics)

The rapid development of the human sciences, especially psychology often forgets to constantly question, “What is good for humans?” The implications of this are (1) the allegation that the social and human sciences have “is” even “off” of the human realities because fun is in the “ivory tower” playing with its own basic science, (2) some form of applied psychology heeds ethical rules, and (3) the performance of human-related profession more “technological”, in the sense of being more pragmatic, mechanistic, and materialistic.

This scientific conference attempts to revive an effort to answer one of the oldest questions (yet one that is becoming increasingly relevant in this age) who has been enunciated by philosophers: What is really good for humans? Psychology with its paradigms and its orientations, in fact, aims at bringing happiness to human beings. The Department of Psychology, University of Bina Nusantara, view that these objectives can be achieved in concrete terms through ” a psychotechnology”.

The psychotechnology term was  proposed by Coleman R. Griffith in 1928. According to Griffith, “it is difficult to think of human beings who simply are; we almost always think of them as for better or for worse, and this means either ethics or psychotechology”. Psychotechnology is the amelioration of applied psychology (Ralph H. Gundlach, 1935).  Psychologytechnology is a specialization in psychology which deals with the analysis and management of psychological reality and principles to accommodate needs and problem solving in our personal and professional daily life. Psychotechnology is a more advanced form of applied psychology in clinical, medical, social, educational, and organizational fields. It is expected (in certain facets) to produce tangible tools to improve human performance.

ASEAN citizens with all the strength of the economic, social, and demographic will occupy an important position in the geopolitical world. Therefore, the psychological need to contribute to finding and developing a sustainable manner “typical ASEAN citizen’s psychotechnology “.

We invite psychologists, academics and researchers from all fields and backgrounds to submit an exposition about psychology-driven technology, basic psychological research with potential of becoming tangible technology, and assessment of technology based on the 11 key points of ethical psychotechnology.